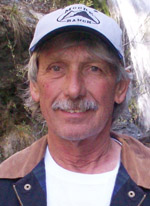 In Memory Of  Richie Moore

Former President and CEO of Musicians on a Mission California and the Thousand Oaks Music Awards.  Richie passed away on August 14, 2019.

Richie grew up in Thousand Oaks and began theory and guitar lessons in 1961 from Mrs. Ferbie Simpson, the first known guitar teacher in the Conejo Valley. He played in rock bands as a kid and eventually became an acoustic songwriter. Richie has been long recognized for his song writing accomplishments. He was acknowledged was for his music and lyrics of “Wondering Where You Are”, which was nominated for the 2010 Americana Single of the Year from the Los Angeles Music Awards.

Knowing the wealth of talent in the Conejo Valley, Richie came up with the idea for an organization to develop the talent of young musicians. In February 2011, Richie conferred with fellow musician Bob Cashier, accomplished drummer and percussionist, about his idea to establish Musicians on a Mission. Encouraged by Mr. Cashier’s response, Richie began the process of setting up the non-profit corporation by establishing a Board of Directors comprised of veteran musicians and industry associates.

“Musicians on a Mission California” is the result of Richie’s vision and commitment to our community and the music industry. As a means of giving back by developing young talent, Richie’s legacy and the success of “MOAMCA”  depended on his dedication and our persistence in securing resources and support to share the vision of encouraging and fostering the musical awareness and talent of our most precious resource – our youth. 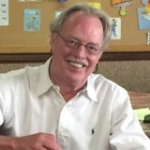 Director of Musicians on a Mission California

A resident of Thousand Oaks since 1966, Steve has served with numerous non-profit organizations dedicated to improving the quality of life in the Conejo Valley and region. He attended California Lutheran College,  Moorpark College, and California State University Northridge, earning a Bachelor of Science Degree in Recreation Administration.

Over the years as a vocalist and guitarist he performed, recorded, and toured with a variety of music groups – most notably SeaCloud, EqualEyes, and Rock Bottom Freight. 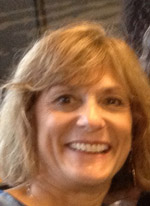 A native Californian and a Thousand Oaks resident in 1961 and then again from 1969 to the present, Jennifer serves and volunteers with several non-profit organizations. Jennifer enjoys writing limericks and fundraising for worthwhile causes.  Jennifer enjoys photography, and still uses a “camera” to capture sunsets, sunrises and life along the 101 Freeway. She recently joined MOAMCA Board because she believes in MOAMCA’s cause and in giving back to the community. She feels her experience as a legal assistant and management of a law building will balance and work well with these creative and talented musicians. 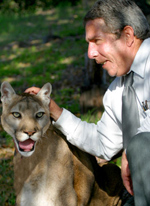 Bob moved to Thousand Oaks in 1961 and bought his first guitar from the Sears catalog, a “ Silvertone” acoustic, at age 13.  He also plays keyboards, mouth harp and drums.  Bob’s early roots included singing in his church’s youth choir and later, thanks to close friendships, recorded professionally with some of the industry’s leading artists.  Bob has interfaced and worked with many in the music industry and the arts for over 35 years.  His passions have always been music, writing, art, exploring & photography.

When invited to become a Board member, Bob appreciatively accepted the honor.  Richie’s idea to help our underserved youth experience music and provide those, lacking resources, to obtain musical equipment and mentoring at no cost, was a dignified mission of selfless service Bob couldn’t resist.  After a brief absence he is back as an active Board member.

Bob lives in the Thousand Oaks area and raised seven children as a single father before marrying Cathy, his West Virginia hillbilly chick.

Director of Musicians on a Mission California

Ernie has been a resident of Thousand Oaks for many many years.  He has been married to Leslie for over thirty years and they  have one daughter Carly who is an accomplished singer and songwriter.  Ernie was asked by Jennifer to join Musicians on a Mission California in 2017,  and be their liaison for community showcases, with The Elks Lodge of Thousand Oaks. Ernie has been active in the Conejo Valley and actively participates in local events, including Chili CookOff, Conejo Valley Days, and Band Tree Thousand Oaks.  He is self employed at Nesto Enterprises where he designs and prints on clothing merchandise.  No job to big or too small.  He is pleased to be a volunteer/member of such a wonderful group while helping to fulfill their great mission. 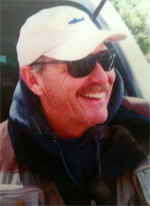 Robert has been a resident of Thousand Oaks since 1963. At the age of nine, Bob began playing drums at Acacia Elementary School and, throughout the years, participated in many local musical events-both recreationally and competitively. Bob purchased his first set of Ludwig drums from Driscoll’s Music Store here in Thousand Oaks, which was located in the Janss Mall. Bob went on to study music at Moorpark College and College of the Redwoods and was fortunate enough to record with the band Seacloud at Warner Brothers Studios in Los Angeles. Bob has studied music under various teachers and professionals, including Zoro, drummer for Lenny Kravitz and others.

Currently, his passion for drumming has trickled down throughout his family, and Bob acts as mentor and teacher to his son and grandson, in addition to other young, up-and-coming drummers in the community. Bob is still very active in music. For the last twenty years, he has been a worship drummer for churches throughout the Conejo Valley and currently drums with his son at Anthem Church in Thousand Oaks.

Bob lives in Thousand Oaks with his wife and two children and is a practicing soil scientist/environmental consultant here in Ventura County. Bob holds Bachelor’s and Master’s Degrees in Environmental Management, Law and Policy and Soil Science. 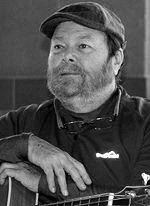 In Memory Of  Tom Boyce

Member Emeritus of Musicians On a Mission California

Born in Chicago, IL, moved to Thousand Oaks in 1964, attending Glenwood Elementary and TOHS before graduating from Moorpark College with a degree in Music. While still in high school he joined The BluCoats, a local T.O. Band. After that, he was a founding member of SeaCloud. They wrote, recorded and performed original music. He played professionally with Rock Bottom Freight, touring the Western U.S. and Canada. Tom performed throughout Germany, France and Switzerland, culminating with performances at The Montreaux Jazz Festival (1978) in Lake Geneva.

A life long musician and bass player, Tom also supported himself by building two service companies. TBW Landscape was doing gardening and Landscaping in the 70′s, and Prosteam, a professional carpet & upholstery cleaning company, was founded in 1978. Tom lived with a life threatening heart condition for 17 years before receiving the gift of life, a heart transplant in 2010. Now Tom wants to honor his Heart Donor by being of service to others. Working with MOAMCA allows him the opportunity to combine his love of music with his desire to give back to young musicians in the Conejo Valley and surrounding areas.

Tom was a songwriter and producer / owner of Equal Eyes Productions / Cardinal Recording with Matt Schaffer. Tom assisted local talent by producing and recording songs, co-writing if requested. He was involved with and performs locally with SeaCloud, maddjakk, Hambone, and the Worship Band at Anthem Church, as well as being available to play bass with other outside projects.